Can I File A Lawsuit After A Work Injury In Tampa? 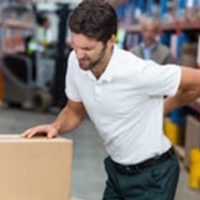 Anyone who has been injured on the job is likely eager to find out about options for seeking financial compensation. For most injured workers in the Tampa area whose workplace injuries arose out of their employment, it will be possible to seek workers’ compensation benefits as long as all requirements under Florida law are met. Yet it can be extremely frustrating to know that your injury resulted from another party’s negligence and that the workers’ compensation system does not provide non-economic damages or full compensation for your lost wages. Through workers’ compensation, you can obtain up to 66 and 2/3 percent of your average weekly wage prior to the injury.

Workers’ Compensation is an Exclusive Remedy

Exceptions to Workers’ Compensation as an Exclusive Remedy

There are two key types of scenarios in which exceptions apply, meaning that you may be able to file a personal injury lawsuit after your workplace accident:

When an employer acted intentionally to cause your injuries in the workplace, or acted in a manner that showed extremely reckless disregard for employee safety such that there was certainty an injury would result, it may be possible to file a lawsuit against your employer.

In addition, when a third party causes injuries in the workplace, it may be possible to sue that third party. Common examples of third-party negligence include the following: